Beyond batteries: How new technologies are fueling energy storage 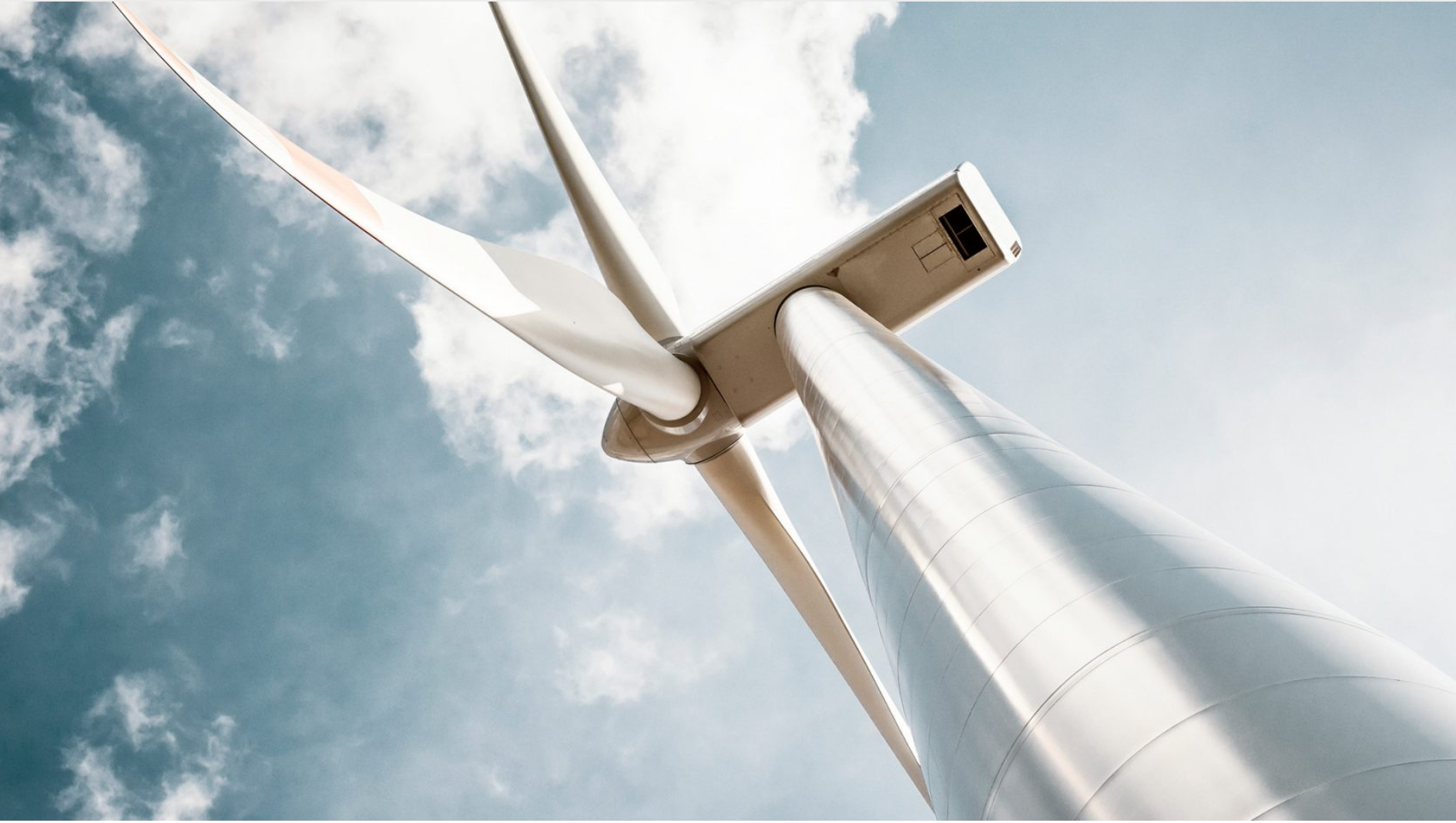 Batteries lead the way for the rise of energy storage, but other innovations are helping energy storage technologies reach their full potential. Here are three that are creating a promising future.

The growing climate crisis has put a spotlight on alternative energy sources: the sun, the wind, the waves, geothermal heat. But the focus is shifting from how to harness these sources for energy generation to how this generated energy can be stored, enabling renewable energy to reach its full potential.

Lithium-ion batteries—whose developers were awarded the 2019 Nobel Prize in Chemistry—are leading the way when it comes to energy storage. “It has completely changed how we use electronics by rendering them portable. And the excitement has always been that they will enable greater commercialization of electric vehicles, which are attractive from a maintenance and performance standpoint,” says Veronica Augustyn, assistant professor in the Department of Materials Science and Engineering at North Carolina State University. Yet lithium-ion batteries have their drawbacks, including the environmental impacts associated with mining lithium, the degradation of these batteries over time, and the challenges of recycling them.

Lithium-ion batteries may have paved the way for the rise of energy storage, but other technologies are forging the path for a promising future to convert and store energy. Here are three technologies that take innovative but very different approaches to revolutionizing energy storage.

Hydrogen, its solid state, and drones

Hydrogen has immense potential for energy storage. The IEA notes that it’s “light, storable, energy-dense, and produces no direct emissions of pollutants or greenhouse gases.”

Compressing hydrogen gas at a high pressure is the conventional method of storing hydrogen. But there are safety concerns associated with this process. “Hydrogen is the smallest molecule, and when you compress it and put it as a gas molecule in a cylinder, it might leak somehow,” says Enass Abo-Hamed, founder and CEO of H2GO Power. Any leak or damage to the cylinder is dangerous, as hydrogen easily ignites and is highly flammable.

To mitigate this safety issue, Abo-Hamed developed a highly porous, nanoparticle-based smart material capable of storing hydrogen in a solid state as part of her doctorate degree in chemistry at the University of Cambridge in the U.K. The material acts as a sponge, absorbing hydrogen at room temperature and storing it. By applying heat, the stored hydrogen can then be released to fuel cells, which transform it into electricity. “So you don’t have to worry about leakage or compression costs, and you’re able to store enough of it at a reasonable energy density,” she says.

Abo-Hamed’s invention became the foundation of H2GO Power’s technology. The startup is currently focused on applying its solid-state hydrogen energy storage to not only storing energy at scale but also to power drones.

“Last year, we successfully flew the first 3D-printed hydrogen storage system on a drone, whereby we connected a storage reactor with a fuel cell,” Abo-Hamed says. “That basically gives you the power you need to carry a drone through a flight.”

Batteries are typically used to power drones, but flying these drones for longer durations means a bigger battery is needed, which might be too heavy for the drone. H2GO Power’s compact hydrogen storage system works within a drone’s limiting takeoff weight while providing more energy to allow a drone to fly longer and carry heavier loads.

While H2GO Power’s solid-state hydrogen energy storage might be deemed a potential replacement for lithium-ion batteries, other companies are thinking bigger, developing energy reclamation and storage systems that could be applied on a larger scale.

Much like a speed bump designed to harvest energy, Constructis captures kinetic energy from vehicles on roads.

Founder and CEO Jim Nigg came up with the idea as a former construction engineering inspector for the Washington State Department of Transportation in 1994. “My boss sent me to do an evaluation on the bridge expansion joints we replaced at State Route 99 near the Sea-Tac airport,” he says. “After assessment and write-up, I stood on the shoulder of the road wondering how much energy these joints were taking and if we could harvest that wasted energy.”

More than two decades later, Nigg and his team brought the idea to life. Constructis’ Roadway Energy X (REX) platform is installed under the roadway, with multiple exposed rumble strips that rotate down and at an angle after a vehicle rolls over them. Energy from the vehicle’s motion and mass is then converted into electricity and stored in battery banks, with any excess power fed into the grid or used for traffic systems.

“Our REX platform has the ability to harvest between 2 percent and 20 percent of a moving vehicle’s energy, and we’re getting smarter with vehicle analytics, communications, and remote monitoring capabilities,” Nigg says. The stored energy could be used not only to power roadways and related infrastructure such as fueling stations and toll booths, but also to provide grid-level power to government organizations and commercial establishments in the event of an emergency.

Towering bricks, a crane, and gravity

According to the International Energy Agency (IEA), pumped hydropower storage plants “use water pumped from a lower reservoir into an upper reservoir,” which is then “released to flow back from the upper reservoir through turbines to generate electricity.” Inspired by this mechanism, Energy Vault wanted to build something on a similar scale, but without the related financial costs and environmental issues, such as habitat disruption and greenhouse gas emissions from reservoirs created by dams.

What if the company could mimic how pumped hydropower storage plants work using a crane that’s anywhere from 120 meters to 160 meters high, 7,000 35-metric-ton composite bricks, and gravity? These are the essential elements that make up Energy Vault’s gravitational energy storage system. The system uses excess wind or solar energy—or any other energy source—to power the crane that lifts and stacks bricks.

“The electrons aren’t stored inside the brick,” says Energy Vault co-founder and CEO Robert Piconi. “It’s due to the fact that you have a weight stacked up at height, and at that height, it’s all potential energy. This is classic conventional physics.”

When the grid needs electricity, the crane lowers the bricks in a sequential way. The potential energy at height is then turned into kinetic energy from the motion of lowering the bricks, and this kinetic energy turns the motors that generate electricity to the grid.

The system responds to supply and demand signals from the grid to know when to stack bricks and when to lower them. When there’s excess energy from the grid, it instructs the AI-powered crane to lift and stack bricks, and when the grid needs electricity, it directs the crane to lower them. Through machine vision, the system knows the precise location to place the bricks. AI then solves for and counteracts factors that could affect the motion of the crane, including gusts of wind, the elongation of the cable, and the deflection of the crane itself.

In contrast to battery storage, Energy Vault’s gravitational storage system doesn’t degrade over time. “We can go 30 to 40 years without any degradation in our storage capacity because we’re essentially using bricks that can be stacked and utilized for long periods,” Piconi says. He adds cost as another advantage, with the company offering 5 cents per kilowatt hour for storage. Environmental sustainability is also important for the company, so to make its composite bricks, Energy Vault uses waste materials such as fly ash, concrete debris, and tailings from mining, as well as soil from the ground it excavates for its brick tower.

The era of energy storage

These projects have yet to go mainstream, with each having its own set of challenges to overcome: fundraising and time to market for H2GO Power’s solid-state hydrogen energy storage; capitalization and advanced sales for Constructis’ roadway energy platform; and operating at scale and meeting demand for Energy Vault’s gravitational energy storage. But these innovative technologies are a promising beginning to the era of converting and storing energy.

“For many of us in the energy storage field, the goal has always been to move beyond fossil fuels,” NC State’s Augustyn says. “I see energy storage as a start to making more in-roads into the way we generate and store electricity on a large scale.”